This program has been developed to help reduce the cost for technical and non-technical training within our industry. The program is funded through the National Oilheat Research Alliance (NORA). As such, it is open to any Oilheat dealer who has a physical office located in Adams, Cumberland, Dauphin, Franklin, Perry, Lancaster, Lebanon and York counties.

As an SCPEA member you are automatically enrolled in this program! You may begin registering for 2020 classes by visiting www.ppatec.com/schedule/ 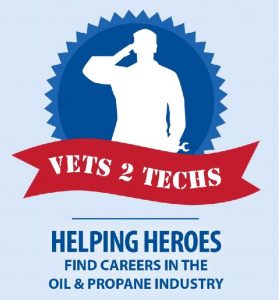 To help provide a stream of professional talent, of military veterans, to the Oil & Propane industry and its stakeholders. Our industry has been challenged for decades to find a talent pool to draw from. Vets2Techs addresses that challenge head-on, by providing a FREE link between our industry and the veteran community.

Vets2Techs is a project that helps veterans find rewarding jobs in the oil and propane industry. These job opportunities can range from technicians to delivery drivers to sales and management.

Veterans are excellent candidates to consider when you are Veterans Employment Outreach Program, which currently has a reach to over 40,000 employment-seeking veterans.

Oil and Propane companies alike are taking part in this organization and tapping into the talent of our country’s veterans. We would encourage any SCPEA member to consider Vet2Techs if you are looking to fill a postion in your company.

How do I get started?

No membership or fee is required.

Thanks for your Support

On behalf of the South Central Pennsylvania Energy Association, we would like to thank everyone who participated/sponsored in the SCPEA Golf Outing at Deer Valley Golf Course in Hummelstown, Pa. on Friday, June 3rd.  The tournament hosted over 60 golfers along with 18 companies who donated towards a hole sponsorship.

As a result of the event, we were able to donate $1,000 to the Wounded Warriors Project! We are already looking forward to next year’s outing and being able to make another contribution to this great cause. 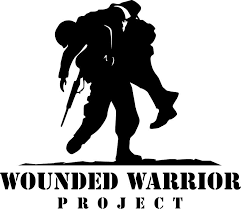 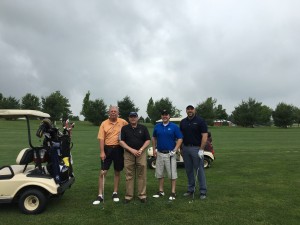 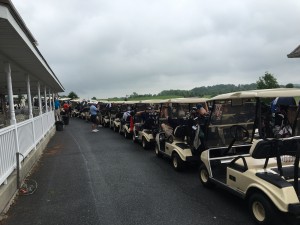 Central PA is experiencing some of the lowest temperatures of this year this week. Being prepared and informed may help you to avoid the messy and often expensive issue of frozen pipes. The American Red Cross provides information and suggestions around how to prevent water pipes in the home from freezing, and how to thaw them if they do freeze.

Why Pipe Freezing is a Problem
Water has a unique property in that it expands as it freezes. This expansion puts tremendous pressure on whatever is containing it, including metal or plastic pipes. No matter the “strength” of a container, expanding water can cause pipes to break. Pipes that freeze most frequently are those that are exposed to severe cold, like outdoor hose bibs, swimming pool supply lines, water sprinkler lines, and water supply pipes in unheated interior areas like basements and crawl spaces, attics, garages, or kitchen cabinets. Pipes that run against exterior walls that have little or no insulation are also subject to freezing.
Preventing Frozen Pipes
Before the onset of cold weather, prevent freezing of these water supply lines and pipes by following these recommendations:

(WSJ) — On top of the broad savings Americans are reaping from cheaper gasoline, plummeting oil prices stand to bring residents in the Northeast billions more dollars in savings this winter when they fill up their home-heating-oil tanks.

An estimated 6.2 million U.S. homes rely on heating oil for seasonal warmth, the vast majority in the Northeast. The region—stretching from Maryland to Maine—accounts for about 87% of the heating fuel’s use, according to federal data. The fuel is delivered by truck and pumped into storage tanks, which are often in the basement.

Heating a house with oil has been much pricier than using natural gas for several years, imposing a burden on homeowners who can easily burn through 1,000 gallons of oil every winter. But as the price of crude falls world-wide, the current average price for heating oil in the U.S. has dropped $1.10 from a year ago to under $3 a gallon for the first time in more than four years, the U.S. Energy Information Administration said.

Based on average wintertime consumption, a dollar per gallon in savings over the whole heating season could mean roughly $3 billion in savings for Northeast residents, said Chris Lafakis, a senior economist at Moody’s Analytics.

This translates into hundreds of dollars in savings with each heating-oil fill-up, providing some relief for people who struggle to pay energy bills. Dorothy Perkins, a 65-year-old retiree in coastal Lamoine, Maine, estimates she and husband Gary, a part-time Wal-Mart worker, had to pay more than $4,000 to keep their furnace humming last winter.

This was despite closing off some rooms and huddling under blankets as their thermostat was set at just 60 degrees. Her sister, overwhelmed by high energy costs, had to come by temporarily with her two cats. “It was a struggle,” Mrs. Perkins said. “I don’t know many people that have that much money.”

Indeed, heating-oil costs remain a hardship for many residents in the region despite the drop. The Washington Hancock Community Agency in Maine, a nonprofit group that helps provide heating assistance, is getting as many calls as ever for help, especially as the weather turns colder, Executive Director Mark Green said.

The situation in Maine is particularly acute as no state relies more on heating oil. The state, which has limited pipeline access to natural gas, has nearly two-thirds of its homes using oil and other “combustible liquids” for warmth, according to federal census data.

The steep decrease in prices is also largely good news for regional oil dealers, which are often small, family-owned businesses that have lost business to an expanding web of natural-gas mains for decades. Lower prices mean paying less to fill trucks and better odds that customers can pay bills on time, said Michael Ferrante, president of the Massachusetts Energy Marketers Association, which represents heating-oil firms in the state.

The most recent Maine numbers show average heating-oil prices of $2.63 a gallon, down $1.18 from a year ago. The slide is linked to declining prices due to rising global production and modest demand growth.

Elsewhere in Maine, suddenly lower oil prices may cool consumers’ appetite to switch fuels, at least for now. “We saw the sign-up rate start to drop off when oil prices started to drop,” said Dan Hucko, a spokesman at Iberdrola USA’s Maine Natural Gas, a small utility there.

Oil users will enjoy the ride while it lasts. “It’s fantastic knowing that the price has gone down,” said Mrs. Perkins, the Maine resident, who topped off with 129 gallons on Monday to take advantage of low prices. “But it’s not going to stay.”

Oil prices have been continuously dropping, 18.6% from last year. This is hugely different from the estimate that the Energy Information Administration predicted for this winter of 15%. Not only that, but the current cost of oil is $68 per barrel (nearly $40 less per barrel as a few months ago) and could go as low as $50.

Why so low?
The current state of oil has a lot to do with this. The reason for the dropping of the price of oil is due to rising supply and increasing price competition. In the U.S., we have increased our production in North Dakota, taking pressure of OPEC. OPEC has also decided at the end of November that they will NOT be making production cuts which would have increased prices if they decided to make those cuts.

What does this mean?
There has been a tremendous pressure lifted from both heating oil customers and the heating oil companies. Last winter, many of these companies carried debt for months in order to give their customers affordable monthly payment plans.

EIA Predictions
The Energy Information Administration has predicted that between Oct. 1 2014 and March 31, 2015 there would be a price drop for home heating oil of 15%, 27% for propane, 5% for natural gas, and 2% for electric. On the other hand, if the winter happens to be 10% colder than predicted, oil prices will only drop 5%, propane would decrease 15%, natural gas would increase 6%, and electric would increase 2%. Although this is all good news, the cost of oil now is still higher than the last five years averaged together.

PPL Wants You to Shop for Better Electric Rates
December 1, 2014

PPL wants to let everyone know that it’s ok to shop for different electric suppliers without fear of losing their services. This means that if there is a power outage, they will still come to your neighborhood to fix the outage problem, regardless of who supplies your electricity. Changing your electric supplier in no way competes with PPL, or Med-Ed for that matter. PPL and Med-Ed are electricity delivery systems; they don’t generate the electricity themselves like the supply companies do. PPL wants you to know that if you are making more than $0.09 per kilowatt hour, then you need to be shopping around for a better electricity supplier.

There has been speculation to a rough winter ahead, and if that does come to fruition, then higher electric bills are inevitable. Don’t overpay for your electricity. For information on different electric supply companies, visit www.papowerswitch.com to get the best rates for you. To find out who supplies your house, look at your electric bill and see the “Generation” charge; it is the largest charge on the bill. Then compare with other companies on the aforementioned website to get your best rate.